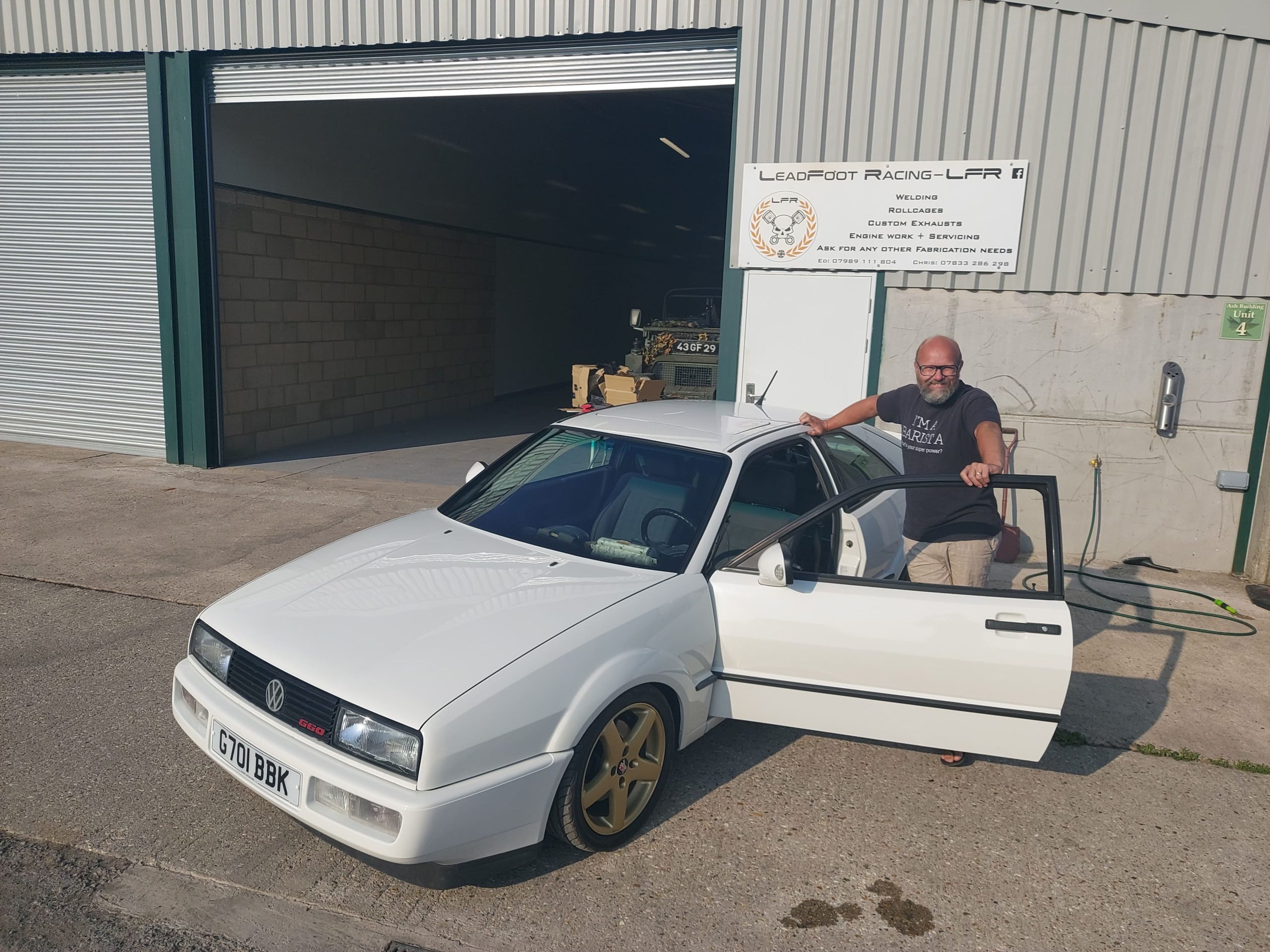 Ricky came to us at Leadfoot in late 2020 to finally give his Corrado some loving. He bought the car in Germany back in 2001 and then brought it back into the UK. However, the last 20 years has seen this car get tired with age as it’s seen Ricky’s kids grow up and moved from location to location, including a stint in Holland. Aside from a tow bar fitted 15 years ago out of necessity, the g60 is an original example.

Therefore, Ricky wanted us to help turn it back into a toy once more. We started by removing the front wings, both bumpers, the towbar, the boot, and the bonnet all of which went aside for an original colour respray.

Before he could think about tidying up the paintwork though, we had to sort out the unavoidable rust that was starting to take hold as with any car from the 80s. We got the front and rear windscreens removed so that we could remedy the rust around their housing. We also applied new underseal to the car, including the arches to protect it moving forward.

With the rust sorted, the Corrado then went to Nigel, a local painter on the farm with Leadfoot, where it got a fresh paint job colour matched to the original paint. This included sorting the nasty hole from the towbar which wasn’t getting reinstalled.

Back at LFR with the striking new paint. Our friendly local windscreen fitter Mark from Bumpers Farm came back, he had sourced us an OEM VW screen with the original green sunstrip. He fitted this, along with re-fitting the original rear screen back into the boot. The end product is now a stunning example of an original 1989 Volkswagen G60 Corrado and we are pleased to have helped to breathe new life into the car.

Discovery td5 running a hybrid turbo, in for a custom 3” stainless exhaust with teardrop side exit tip. ... See MoreSee Less